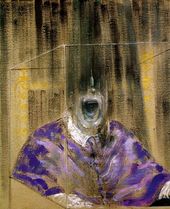 Lance Boil has published 26 items on The Spoof.

Profile: Lance has written for a variety of esteemed publications throughout his career. Cutting his teeth in The Daily Mail, he moved to the more intellectually stimilating desks of the 'Boil family Gazette.' Aside from his journalistic duties, he is writing novels, film scripts, television pilots and little bits on the back of cola cans. He splits his time between The Spoof and Iron Board Fetish Weekly.

Lance Boil hasn't written anything in a while, so his/her news feed is seriously out of date!