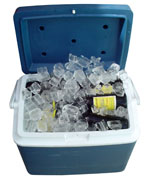 Aces-high has published 18 items on The Spoof.

Profile: I dig writing more than most other things, even more than pizza and beer. Sex is sometimes better than writing when you can get it; I'm in a dry spell right now and getting more frustrated by the minute. I live in the communist Peoples Republic of Assachusetts, which is just south from the Free State of New Hampshire, in New England.

I'm divorced, and I have an awesome son! I drink too much so as to kill boredom, and I dig the Patriots and the Red Sox.

I sometimes feel like jumping out of a window but I live on the first floor.

But enough about me.

Aces-high hasn't written anything in a while, so his/her news feed is seriously out of date!